Learn How To Play Baby Won’t You please Come Home

Sung by Bessie Smith, Nat King Cole & Ella Fitzgerald, it has earned the stripes to be referred to as a jazz standard.

As you learn Baby Won’t You Please Come Home, play the chord progression whilst simultaneously singing the number of each chord as they pass by.

You must make this switch from thinking of chords as names to roman numerals in order to successfully play jazz solos.

The chord progression is classic jazz/blues territory with its I – VIx – IIm7 – V, for the main part and two II – V – I progressions for the turnaround.

Translated to the key of D, the sections read:

We do plenty of that in the advanced guitar course.

As you have played the progressions and thought of what number they all have, simply keep this in mind as you solo.

In order to use modes and arpeggios for soloing over this piece, you need to use the new chord = new scale/arpeggio method.

Should the chord be an Em7, then you think II which means E Dorian or an Em7 arpeggio. The Conspirian scale would also work.

For the A7, which is chord V you could use a Major Pentatonic, Mixolydian or a dom7 arpeggio.

It is absolutely imperative that you can do this to any chord of the progression, anywhere on the neck. From here, the next step will be to arpeggio substitute. By doing so you will create a bigger sound.

For the A7 you could play a C#m7b5 arpeggio and automatically hit some more wacky notes.

You could even think of this chord as a place where you could extend to Dom7b9. Use the upper part of that and you’ll find a Gdim7 arpeggio.

You’ll learn more about the basic rules, as well as more adventurous options when you take the advanced guitar course. 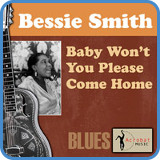 Baby won’t you please come home
‘Cause your mama’s all alone
I have cried in vain, never no more to call your name
When you left you broke my heart 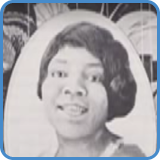 Bessie Smith was an American blues singer who was nicknamed The Queen Of Blues and later upgraded to Empress.

Smith is often regarded as one of the greatest singers of her era (the 20s and 30s) and along with Louis Armstrong, a major influence on subsequent jazz vocalists. 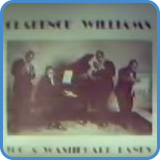 Touring and recording with some of the most legendary blues artists of his time, Clarence Williams spent time with W.C Hardy, Bessie Smith, and Louis Armstrong. 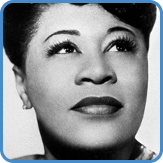 Ella Fitzgerald released 61 studio albums and 25 live albums between 1936 and 1989. Crowned the First Lady Of Song, she is recognized for performing and recording most of the Great American Songbook.

Before the Songbook recordings, Ella pioneered scat-singing in the 40s as a devoted Bebop singer. 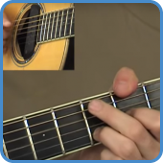 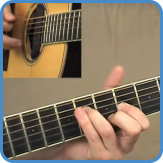 Angels, Baby Won’t You Please Come Home, Blackbird, Cannonball, Don’t Wait Too Long, I Shot The Sheriff, Over The Rainbow, Roxanne, Scarborough Fair, Sunshine Of Your Love, Take Me To The River, Tears In Heaven and Wish You Were Here.