the most successful guitarist of all time

As well as being in bands like Derek & The Dominos, The Yardbirds, and Cream, Clapton has successfully played sessions for more stars than any other guitar player ever lived.

His guitar has brought him to studios and stages with legends such as Bob Dylan, The Beatles, B.B King, SRV, Freddie King, and Sheryl Crow who wrote My Favourite Mistake about Clapton.

Clapton’s long career has earned him not one, not two but three inductions into the Rock and Roll Hall Of Fame (as a solo artist with Yardbirds and Cream). No other musician has achieved this.

The album Eric Clapton Unplugged, as a whole, is highly recommended. It contains a wealth of blues classics played by one of the best guitar players of all time.

Songs like Nobody Knows You When You’re Down And Out, Malted Milk, Layla, Old Love and Walking Blues clearly demonstrates Clapton’s blues mastery.

As well as the blues classics, we also find the acoustic version of Layla and the gorgeous Tears In Heaven on this fantastic live album.

The story of Tears In Heaven is a tragic one.

Eric Clapton’s four-year-old son fell out of a window at his mother’s penthouse flat in New York City as she was having builders around.

Will Jennings who co-wrote the song was at first very reluctant to be a part of such a personal song.

What part did Will Jennings add? The m8 with the genius key change!

Since its release, Tears In Heaven has achieved huge success and is covered by many artists and sung in most bars, weddings, funerals, and clubs around the world.

Rolling Stones magazine rated Tears In Heaven as one of the best songs of all time. 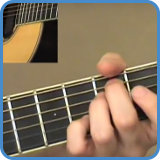 Spytunes one guitar arrangement of I Shot The Sheriff is inspired by the original Bob Marley recording but also by Eric Clapton’s version.

The verse chord progression is simple and very Aeolian using the IVmaj7 and the IIIm7 to point back to VI.

Go to I Shot The Sheriff Chords. 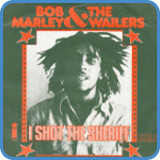 Go to I Shot The Sheriff Lyrics. 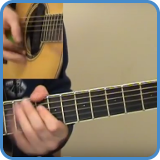 This one guitar version of Sunshine Of Your Love is a combination of Creams original and a Spanky Wilson cover.

Using the main riff as a starting point over a blues progression, the I chord has sometimes been extended to a dom7#9.

Go to Sunshine Of Your Love Chords. 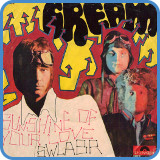 Go to Sunshine Of Your Love Lyrics. 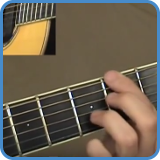 Most people recognize Clapton’s live version of the legendary live Unplugged Album, rather than the official album version. Our version is based on the live recording.

Tears In Heaven has a genius chord progression that uses small variations and slash chords to keep the harmonic interest on top.

Go to Tears In Heaven Chords. 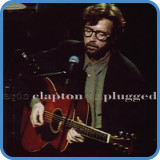 Go to Tears In Heaven Lyrics.