Whistle For The Choir

Learn How To Play Whistle For The Choir

Whistle for the Choir is a song from the 2006 album Costello Music by British indie/rock band The Fratellis.

We recorded our one guitar version of the song in the keys of E and A. You’ll learn both versions when you take the course.

As the instrumental section has the same progression as the verse/chorus, but in a new key, after you played the song in two keys, you will actually have played it in four keys.

This makes it a great opportunity to not just learn this song, but also learn from it and actually get better at playing and understanding the guitar fretboard.

In the key of E, we get these progressions.

In the key of A the chords are as follows.

When changing key we can’t just simply change the chords and play the same parts.

All chords will lend themselves to playing the song in different ways, especially when it’s a one guitar arrangement.

For example, if chord I is an E chord, switching the bass between the root and 5th, the 5th will be higher than the root. When in the key of A, the 5th will instead be placed below the root.

By changing key like this you’ll discover more about a song, its chord progression, and what can be done with it.

In both versions, the strumming technique of first playing the bass note, then the remaining chord shape is applied.

This is a standard, one guitar arrangement technique as you need to incorporate both bassline and chords when playing just one instrument.

Whistle For The Choir – Step 1 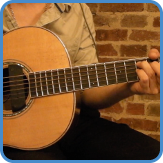 First, we go through all the areas you can play this song in when in the key of A.

Go to Whistle For The Choir Step 1.

Whistle For The Choir – Step 2 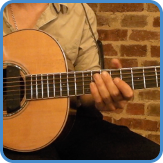 You’re almost ready to play the complete song with a female singer.

However, in order to do this, we must first learn it all over the neck in the key of G.

Go to Whistle For The Choir Step 2.

Whistle For The Choir – Step 3 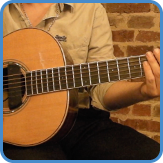 Let’s learn Whistle For The Choir in the key of E as well.

After all, this is the original key of the song.

Go to Whistle For The Choir Step 3.

Whistle For The Choir – Step 4 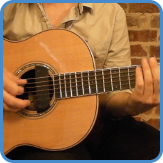 In this final step, we play in the key of D as this is what the instrumental section is in. Still, the progression is I III II V.

Playing this progression in so many keys and positions, you’ll probably recognize it on the radio now, in other songs!

Go to Whistle For The Choir Step 4. 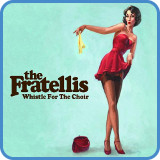 Well, it’s a big, big city and it’s always the same
Can never be too pretty, tell me your name
Is it out, of line, if I were simply bold to say would you be mine?
Because I may be a beggar and you may be the queen

Go to Whistle For The Choir Lyrics. 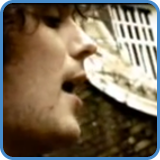 Being one of the few bands named after their manager, The Fratellis shot to fame during late 2006, and mainly 2007 when they had three successful singles from their debut album Costello Music.

Since their debut, The Fratellis have continued to gather new fans around the UK with their blues-influenced pop songs.

Go to The Fratellis Biography. 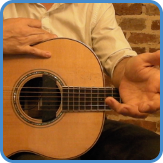 The intermediate songs require you to learn barre chords and pentatonic scales. This will be revolutionary for your understanding of the guitar fretboard. 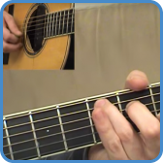 A Change Is Gonna Come, American Pie, Angie, Babylon, Blowin’ In The Wind, Dreadlock Holiday, Fast Car, Hey There Delilah, I Can’t Stand The Rain, I’m Yours, Kiss Me, Mad World, Red, Starman, Sunny Afternoon, and Whistle For The Choir.