Arhur’s Theme (The Best That You Can Do)

‘Arthur’s Theme (The Best That You Can Do)’ was written by Christopher Cross whose music was once labeled under the slightly awkwardly named genre of ‘Yacht Rock’.

Beneath the huge and very expensive-sounding production of the original recording, hides the simple chord progression idea of moving up a 4th from every chord.

The video lesson contains an electric guitar solo. This was originally played on saxophone. Learning solos played on instruments other than the guitar is a great idea as you’ll learn new ways to create a phrase.

You get all the TAB, including for the full solo when you take the master course.

The genius chord progression of ‘Arthur’s Theme’ takes you from C major to A major using the cycle of 4th.

At this point in the progression, we move outside the key as the cycle of 4th continues to a Bb (chord bVIIx), followed by an E (chord IIIx). Even this last move from Bb to E is a 4th, as in a #4th.

This final E chord is now a transitional chord that takes us to A major. Since we have had such a long cycle of 4th it doesn’t feel like we are at home here, on the contrary, the A feels as if it wants to move on up yet another 4th.

When we go back to Dm, the cycle is complete.

The chorus starts on the IV chord of A major, a Dmaj7. This gives us yet another push, a 4th up, which allows the chorus to really take off.

During the chorus, we also see a III chord which has been modified into a 7sus4. This means the chord is neither major nor minor and the mystery remains of where we are in the key.

As the chorus ends on an A, we are perfectly set up to move back to the II chord of C major again.

Writing a chord progression like the one in ‘Arthur’s Theme’ requires you to have some serious knowledge about key signatures and modes.

During the master guitar course, you’ll learn all about these type of chord movements, the modes and how to use them when you arrange or improvise, be it on one acoustic guitar or when playing the electric guitar in a band. 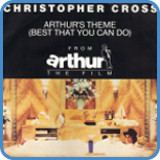 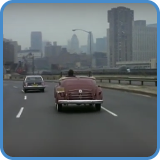 Christopher Cross’ golden era was between ’79 and ’85 when he released his debut album and ‘Arthur’s Theme’ which garnered him five Grammy Awards in one night!

The same year he also received an Oscar and a Golden Globe Award.

To find out more, go to Christopher Cross biography. 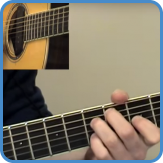 To see all lessons in the intermediate course, go to Master Guitar Course 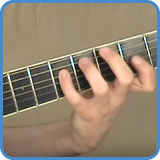 The master exercises go that extra mile and really hammer home all the concepts. Before you know it, it’ll all link together beautifully.

Building 2nd guitar parts, solo arrangement or even writing – Whatever music you want to create, your fretboard knowledge certainly won’t stand in your way! 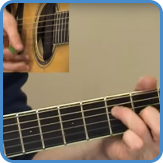 To preview each song, go to Master Acoustic Songs